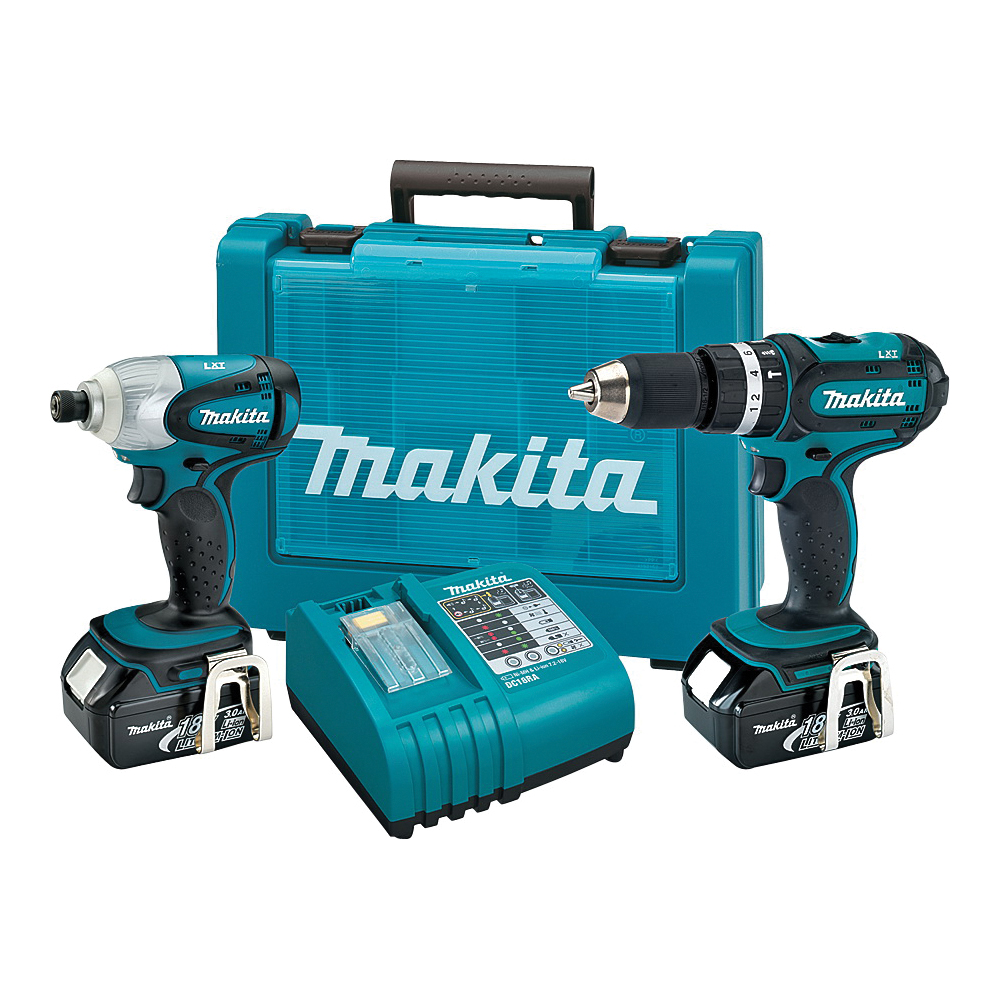 Makita has the world's largest 18 V cordless tool line-up and the 18 V LXT® Lithium-Ion cordless two-piece combo kit packs two cordless tools for a full range of drilling, driving and fastening applications. The XT261M includes a versatile 1/2 in hammer driver-drill with all-metal gear construction for applications in wood, metal and masonry. The powerful impact driver weighs only 3.3 lb, yet delivers a full 1460 in-lb of torque. Both tools are equipped with an efficient and compact 4-pole motor that is engineered for increased speed with no compromise in torque. The 18 V LXT® 4 Ah battery has a category-leading charge time of only 40 mins for less downtime and increased productivity. It's part of Makita's expanding 18 V Lithium-Ion series, the world's largest cordless tool line-up powered by an 18 V Lithium-Ion slide-style battery. Makita 18 V Lithium-Ion batteries have the fastest charge times in their categories, so they spend more time working and less time sitting on the charger. For improved tool performance and extended battery life, Makita created Star Protection Computer Controls™. Star protection is communication technology that allows the star protection-equipped tool and battery to exchange data in real time and monitor conditions during use to protect against overloading, over-discharging and overheating. For increased versatility, the tool can also be powered by Makita 18 V LXT® and compact Lithium-Ion batteries with the star symbol on the battery indicating star protection inside. 18 V LXT® 4 Ah batteries (BL1840 and BL1840B) are compatible only with star protection tools, indicated by the Star Symbol™ and/or yellow battery receiver under the tool. There are over 125 Makita 18 V cordless tools with Star Protection and more are on the way.